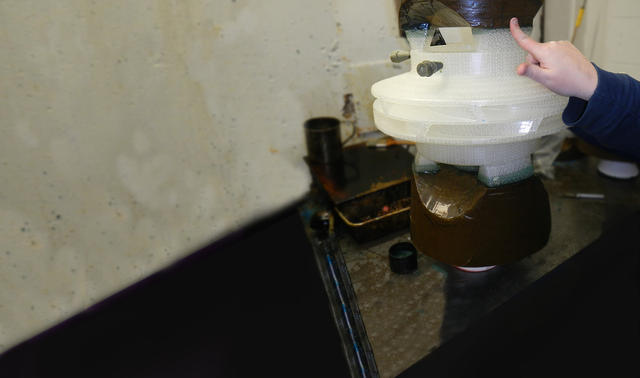 Tech Cast LLC is a leading supplier of high quality investment castings. One of their specialties is large complex pump impeller castings weighing up to 350 pounds and measuring up to 30 inches in diameter.

Designing a pump impeller that performs well is a challenge. The fluids being pumped are often multicomponent and the flow velocities and volumes are high. Current analytical tools will give a rough estimate of pump performance, but actual performance is only determined experimentally. Consequently, achieving optimum performance is an iterative process: create a design, build the impeller, test its performance, tweak the design, and repeat the process until an optimum design is reached.

In practice, however, optimizing performance in this manner has been prohibitively expensive. Tooling costs, especially for large impellers like those that Tech Cast manufacturers, can be very high and lead times long. The tools often require cores, either soluble or ceramic, to create the internal flow paths, requiring that two tools be built. It simply isn’t practical to repetitively modify or rebuild tooling to evaluate design changes. As a result, pump manufacturers only iterate until they achieve acceptable performance. They can’t afford either the time or cost required for the extra iterations to achieve optimum performance.

Tech Cast has pioneered a process that drastically reduces both the cost and time required per iteration, so that pump manufacturers can go through several versions in less time than they previously could go through a single casting in the past, and spend less money in the process. Tech Cast uses QuickCast patterns to eliminate the need to create or modify tooling for each iteration. QuickCast patterns were the first direct pattern (patterns created via a 3D printing process) and are by far the most popular direct pattern technology in North America. With Quickcast patterns, castings can be created without the time-consuming process of creating tooling to produce wax patterns, allowing the design to be evaluated in days instead of months. The cost of QuickCast patterns is typically a small fraction of what tooling costs and they are available in less than a week, so fully machined impellers are available within three weeks. The resin-based patterns from Quickcast are hollow with a unique internal honeycomb structure that allows the pattern to collapse internally as it expands with temperature. It also minimizes the material in the pattern, resulting in an almost ash-less burn that enables a cast to be created quickly and without a lot of additional steps.

Recently, Tech Cast and 3D Systems worked together on a study to quantify the advantages of their process. A double suction impeller about 15 inches in diameter (pictured above) was chosen for the study. Castings were created both with molded wax patterns and with QuickCast pattern supplied by 3D Systems. 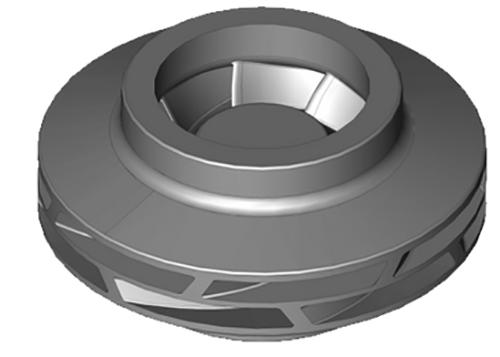 Costs and timing were recorded at each step of the casting process so that an accurate comparison could be made. 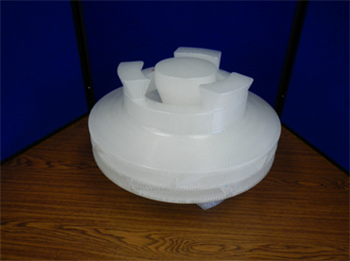 The first step is to create a CAD model of the casting. The customer typically defines the machined impeller. The foundry must then scale the impeller up to compensate for shrinkage of the metal in casting, add machine stock and add gates. The CAD modeling typically takes a week and is required for both the conventional process and the Tech Cast process.

In the conventional process, the file is then sent to the tool shop where a tool is created in which wax patterns will be molded. For this impeller, the tool cost $40,000 and required 7-9 weeks to create.

For the Tech Cast process, the model is sent to 3D Systems where a QuickCast pattern is created. The cost of the pattern, in this case, is $3150 and requires one week.

In the conventional process, once the tool is received back in the shop, patterns can be molded and impellers cast using Tech Cast’s conventional investment casting process. The majority of labor in the process is in molding the pattern and creating the assembly.

The following table compares the Tech Cast process to the conventional process for this impeller.

Assume that when the first casting is tested, the performance is not acceptable. The manufacturer will make an engineering change to improve the performance and request the second impeller to test. The foundry will then create the casting model of the modified design. Because only a change is made, it won’t require the full week the first modeling did. We will assume a half week to incorporate the design change into the casting model.

In the Tech Cast process, the updated model will be used to create a new QuickCast pattern which will then be cast.

The table below summarizes the two methods at the time the second impeller is finished.

With the conventional process, if the impeller performance is acceptable after the design revision, the manufacturer is likely to go into production. The project is already behind schedule and the pressures to get to market outweigh the need to improve performance.

With the Tech Cast process, if a tool is ordered after the second impeller it adds 7-9 weeks and $40,000,meaning the time and cost to get to production is nearly identical to the conventional process.

If another design change is required and a third impeller built, the comparison is shown below.

If the decision to go into production is made after the third impeller, the Tech Cast process would be a week ahead of the conventional process and roughly $2,500 less expensive.

One of the advantages of the Tech Cast process is that several design variations can be evaluated at one time. If the manufacturer had chosen instead to try all three of the designs at once and choose the best to
go to production, the results would look like this:

If the manufacturer chose the best performing design to go to production, and ordered the tool, he wouldget to production 6 weeks sooner than the conventional process and save $2,500 in the process.

Another advantage of the Tech Cast process is that while the tool is being built, castings can continue to be built from QuickCast patterns. That will allow the manufacturer to build field test units, and initial production pumps before the tool is available, and get to market even faster.

The Tech Cast process also works with impellers that require ceramic cores. Tech Cast can have ceramic cores built by an additive manufacturing process so that the design can be optimized before going to
tooling. 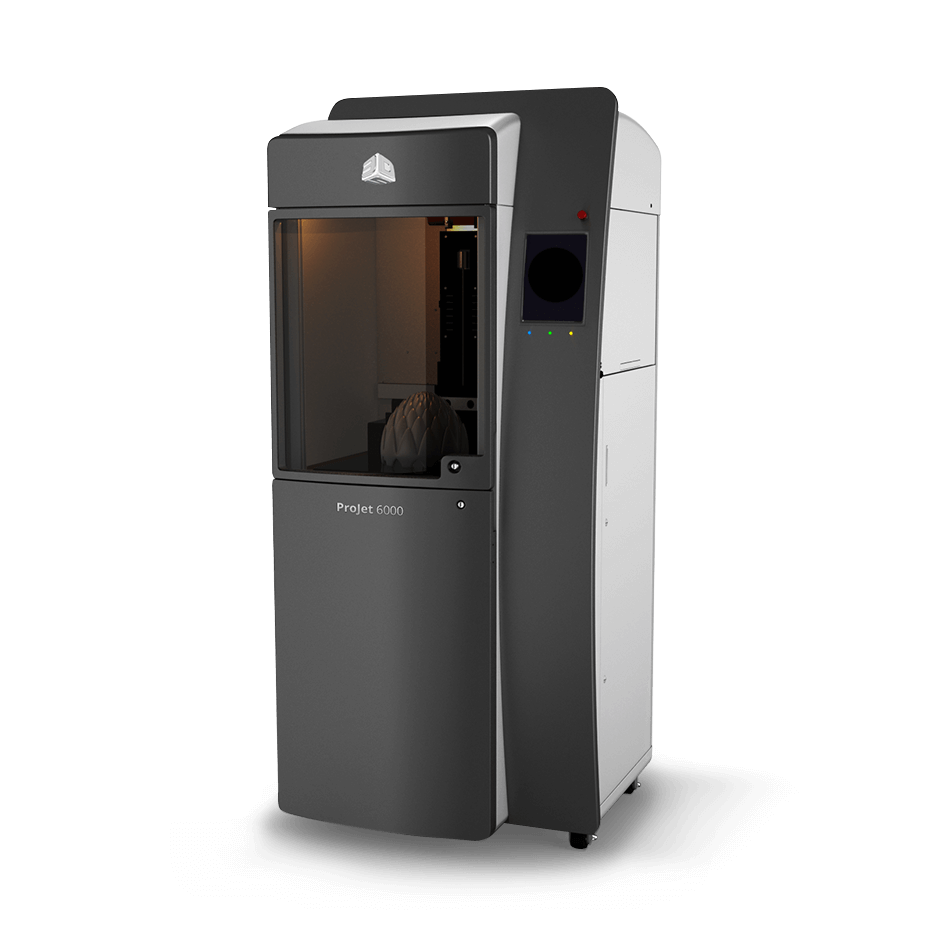 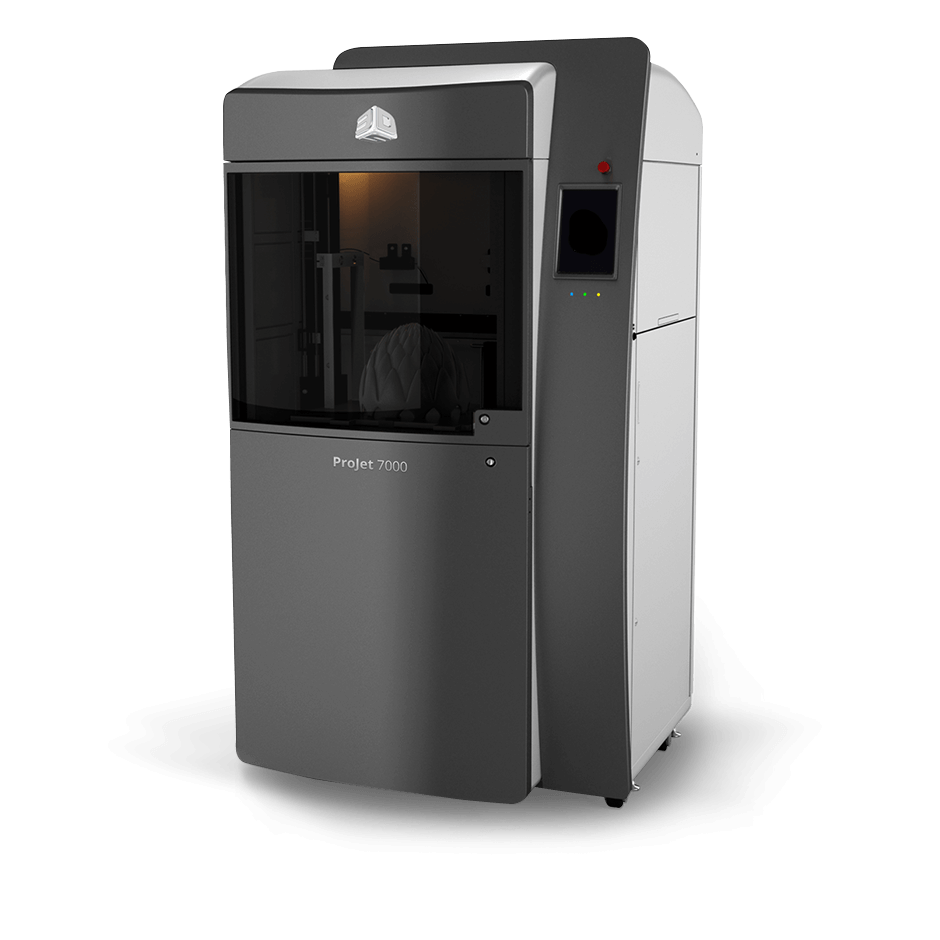